Interested in seeing what we can do for you? Call or email us to start the conversation.

Oliver J. Williams, Ph.D., Professor of School of Social Work at the University of Minnesota, in St. Paul. From June 1994 to September, 2016 he was the Executive Director of the Institute on Domestic Violence in the African American Community (IDVAAC). He has also served as the Director of the Safe Return Initiative that addresses the issues of prisoner reentry and domestic violence from 2003-2016 and Director of the African American Domestic Peace Project (AADPP) that works with community leaders in 10 cities across the United States to address domestic violence from 2010 to present. He has worked in the field of domestic violence for more than thirty-five years. Dr. Williams is a clinical practitioner; working in mental health, family therapy, substance abuse, child welfare, delinquency and sexual assault programs. He has worked in battered women's shelters, developed curricula for batterers' intervention programs and facilitated counseling groups in these programs. He has provided training across the United States and abroad on research and service-delivery surrounding partner abuse.

He has been appointed to several national advisory committees and task forces from the Center for Disease Control, U.S. Department of Justice, Office on Violence Against Women, U.S. Office on Women’s Health, and the U.S. Department of Education. He has been a board member of various domestic violence and human service organization including the early days of the National Domestic Violence Hotline 1999-2000 and the National Family Justice Center Alliance Advisory Board, 2006 to 2016. In 2000, he was appointed to the National Advisory Council on Domestic Violence by the U.S. Secretary of Health and Human Services and U.S. Attorney General. In 2010 he hosted a roundtable on youth and violence for the U.S. Attorney General and participated in a roundtable with the U.S. Attorney General on issues related to fatherhood. He also participated in a Whitehouse Roundtable on Fatherhood and Domestic Violence. He has conducted training for the U.S. Military Family Advocacy programs in the U.S. and abroad. He has presented to numerous Family Violence, Research and Practice organizations in the United States, Kenya, Canada, United Kingdom and Germany. In 2015 Dr. Williams was invited to speak at the United Nations about domestic violence among Africans in the United States and in Africa. His research and publications in scholarly journals, books, reports and DVD’s have centered on creating service delivery strategies to reduce violent behavior and support victims of abuse. He has consulted with the NFL, MLB and NBA on issues related to domestic violence. Dr. Williams has received many awards among them include an award from the American Psychological Association, a International “Telly Award” for his documentary work; the National “Shelia Wellstone Institute Award” related to his National work on Domestic Violence and a Distinguish Alumni Award from the University of Pittsburgh, School of Social Work. Dr. Williams received a bachelor's degree in social work from Michigan State University; a Masters in Social Work from Western Michigan University; a Masters in Public Health and a PH.D in Social Work both from the University of Pittsburgh. 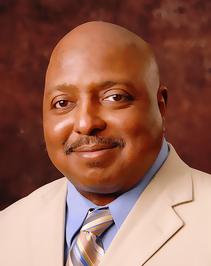